Where the Jingle Bells Chime

For Elizabeth Stack, Christmas is usually a merry affair in her hometown of Listowel, County Kerry. Unable to travel this year, she is fortunate to live in Albany, New York, a state that ‘believes in Christmas, where the jingle bells chime’ with intense festivity.

Back in Listowel, the run up to Christmas Day was traditionally a frantic time for the Stack family. First up, Elizabeth’s parents ran the town’s furniture shop which, from early November through to Christmas, doubled up as a toy shop. It was mostly big tractors for the farmer’s sons but there were also scooters which Elizabeth was allowed to ride for short spells. ‘I never got one of those toys for Christmas, ever!’ she laughs. Their shop was the first in town to sell the snazzy Germanic candle-lights of the 1990s, replacing the flashing bulbs that adorned most Irish trees before that.

As head of the Listowel Trader’s Association, Elizabeth’s father was also responsible for pumping the sounds of Christmas through the streets. A sturdy record player blasted the hits out via a loudspeaker in an upstairs window. Slade, The Carpenters, Chris Rea and such like. Meanwhile, Elizabeth’s mother found the time to decorate the main Christmas tree, being careful to install not one but two further trees for the younger generation to ornament as they wished.

Running the shop kept the Stack family busy right up until darkness fell on Christmas Eve. Then it was all hands on deck for culinary pursuits, peeling potatoes and preparing vegetables, making the stuffing and boiling the ham, assembling the sherry trifle.

Christmas Day was relatively formal – Mass, Christmas dinner, visitations to relatives but on St Stephen’s Day, the family would ‘hunker down’ in pyjamas for much of the day. The only people they saw were the neighbours’ children who, dressed as Wren Boy’s, came to the door to murder some tunes on their makeshift fiddle and tin whistles.

This Christmas, the Stacks will gather in Listowel, as they always do. Elizabeth’s parents will have been to Mass the night before and might tuck into some sherry trifle while the grandchildren open presents and re-examine the contents of their stockings.

Just under 5,000km west across the ocean, Elizabeth will be stretching herself awake in New York, as the rest of her family ease themselves into chairs and prepare to get stuck into the Christmas ham. ‘My mother would never cook goose or duck as she felt they were too pretty,’ but ham and turkey are always on the agenda. By the time Elizabeth settles into her own New York dinner, her family will probably be walking ‘up the bog’ or watching the swimmers brave the icy waters of Ballybunion.

She plans to connect with her family by Zoom for large chunks of Christmas Day – and softening the blow of missing Christmas 2021 in Ireland, is the revelation that Elizabeth’s parents have booked tickets to visit her, arriving in good time for a New Year’s Eve refreshment.  And perhaps even some sherry trifle. 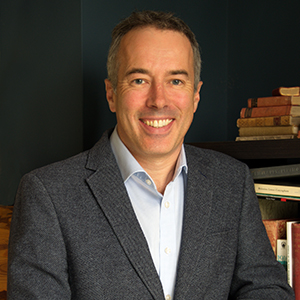 Turtle Bunbury is a bestselling author, historian and podcaster based in Ireland. His best-selling 2021 book, The Irish Diaspora is described by BBC History Magazine as ‘impeccably researched.’  Sebastian Barry applauded his 2020 book Ireland’s Forgotten Past as ‘a stirring atlas of Irishness.’ Turtle is co-founder of Vanishing Ireland, a podcast chronicling the life and times of Ireland’s oldest generation through their stories and distinctive voices.  He has also researched and written hundreds of family, house and corporate histories.