Two Hands On the Hurl

This article was written by Ronan Browne and was originally published on 26 August 2021 for Yle News.

Minority sports have struggled to keep players and teams together through the pandemic. Gatherings have been limited, practice is difficult, and facilities have been shut down for long spells.

Add to the mix the fact that only a few dozen people in Finland play your sport, and you have something like the situation faced by Gaelic Athletic Association (GAA) enthusiasts.

But then, they’re used to adversity and have retained their enthusiasm for their sports and channelled it through Helsinki Harps, Finland’s first GAA club.

While developing a relatively-unknown sport in Finland can be challenging, the club’s Youth Development Officer William O’Gorman told Yle News that it is still possible, with minor adjustments.

“My number one tip for anyone hoping to develop their own culture’s sport in Finland is: be flexible,” O’Gorman explained. “We have trained by kicking footballs around small gymnasiums. We’ve used old ice hockey helmets as hurling headgear. We’ve taped PVC pipes and wooden planks to soccer goals to turn them into the GAA version.”

So far the Harps have focused on Gaelic football, but this weekend Finland gets its first taste of hurling — an exciting, fast-paced outdoor team sport of ancient Gaelic Irish origin — when an exhibition game is played in Helsinki on 28 August.

“We wanted to organise this game because it has never been done before in Finland to this level,” club PRO Paddy Reynolds said. “I personally feel it’s a very accessible sport for Finnish people, with their love of other stick sports such as ice hockey, floorball and pesäpallo [Finnish baseball]. I think we felt that if we didn’t try it we would always wonder, ‘what if’.”

The game is part of Helsinki’s inaugural ‘GAA festival’ — a day celebrating Irish sports and culture — and to mark the Harps’ 10th anniversary.

It’s also a bit of an act of defiance in the midst of the pandemic. 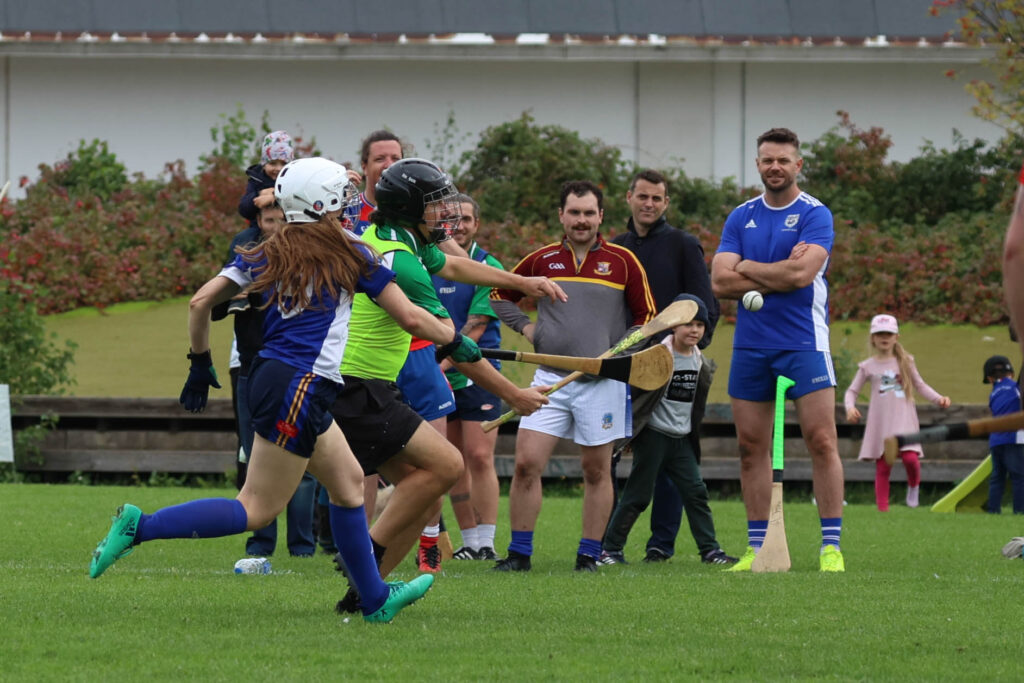 “For us to organise any event or compete against any other club in these uncertain times is a huge win for everyone, no matter what the scoreboard says,” club chair Ryan Turpin said, adding that the event will comply with regional coronavirus restrictions.

The festival programme also includes seven-a-side games of Ireland’s other national sport, Gaelic Football, as well as live Irish music throughout the day.

Ireland’s ambassador to Finland Ruth Parkin praised the organisers for their determination in bringing a taste of Irish sports and culture to Finland despite the various challenges, including the ongoing pandemic.

“It is fantastic that the Harps have been able to put on this event especially after such a challenging year in terms of gatherings and even holding training sessions,” Parkin told Yle News. “The GAA is an enormous part of life across Ireland and has been brought around the world by Irish people who are also replicating the sense of community and inclusiveness.”

The Helsinki Harps were established by the Irish community in the capital to play Gaelic Football, and the team initially competed against clubs in specially-arranged tournaments around the Nordic region.

Although mostly made up of members from Ireland, the physical and skillful nature of the game soon attracted the interest and attention of Finnish players as well as other foreigners living in Helsinki.

Currently the Harps have players from Brazil, Peru, Turkey, Germany and Pakistan, among others.

“The reason that non-Irish members stick around is that we are not just a Gaelic Football team, we are a GAA club,” O’Gorman said. “We identify ourselves as a community organisation, and the relationships between members go far beyond just being teammates.”

The game’s growing popularity in Finland even led to the establishment of two other teams, first in Oulu and later in Jyväskylä. A game between Oulu and Helsinki in October 2013 garnered significant media attention in Ireland as the most northerly match in the GAA’s 130 year history.

Although hugely popular in Ireland, where history of the game predates Christianity and mythical tales of warrior players have been passed down from one generation to the next, hurling is not widely known in Finland.

The game involves two teams trying to hit a small ball through their opponent’s goalposts, either over the crossbar for one point or under the crossbar for three. Each player carries a wooden stick called a hurley, roughly the size of a Finnish baseball or pesäpallo bat, and the ball — called a sliotar — is about the same size and weight as a baseball.

The deft skill and frenetic pace of the sport make for a hugely entertaining spectacle, and the All-Ireland final is one of the most important dates in the Irish sporting calendar, watched by millions of Irish people and hibernophiles around the world.