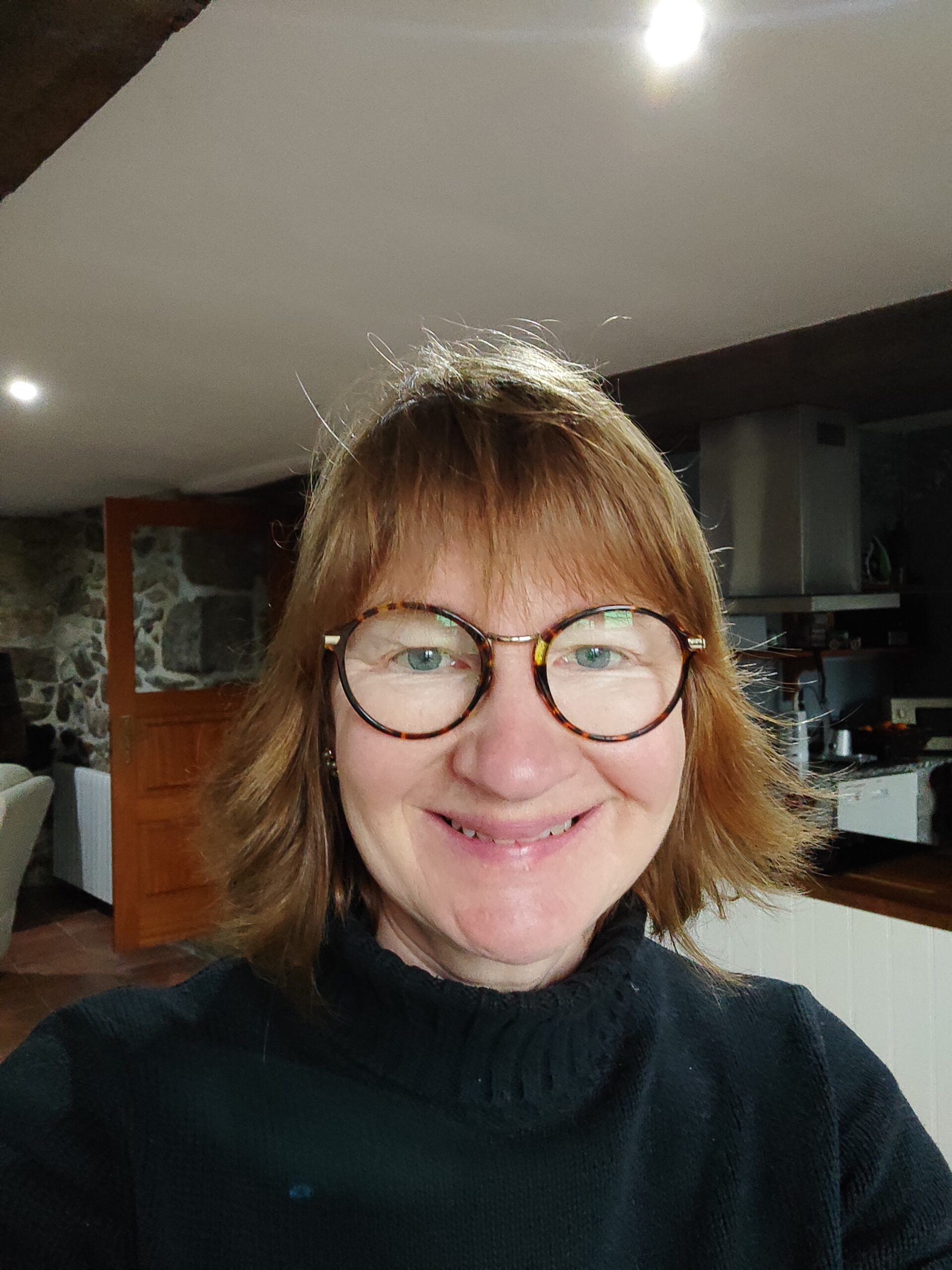 I was born on a farm in Northern Ireland and went ‘over the water’ at the age of 18. I’ve now lived ‘away from home’ for 37 years. It’s only in the last 3 years I’ve stayed in Portugal and tried to re-enact an Irish Christmas for my Portuguese husband and children. The extraordinary thing about Christmas in Ireland is that we all have the same pattern…it has to be the same, otherwise it’s not the same!! Walk into any Irish house when they’re about to carve the turkey and the spread on the table will be the same.

Mum always made the Christmas cake and the plum pudding months in advance – the big worry was how moist it would be. But following the same Women’s Institute book (mum’s Bible) year in year out guaranteed the same result.

The turkey was ordered months in advance – from mum’s friend, Margaret, who brought it to the house on Christmas Eve, just before we headed off to our cousins’ houses to exchange presents.

Into bed early in case Santa flew over the house, could see from the skies that the children were still up, and kept on steering his reindeer right over our house. The BBC newsreader kept up this ruse, annually telling us the whereabouts of Santa and his merry crew. A cue for mum and dad to tell us to get to our beds double quick (but not to forget to leave out port and shortbread for Santa and carrots for his deer). The biggest excitement of all was leaving out the pillowcases at the end of our beds – for Santa to fill with presents. Oh my!

On the big day itself, the tree was up, beautifully decorated, presents underneath. The fire was on in the dining and the drawing room. A sprig of holly adorned every picture. All the best crockery, cutlery and glasses were given their annual appearance. Even the starched Irish linen tablecloth was given an airing (and dear help anyone who spilt the gravy). 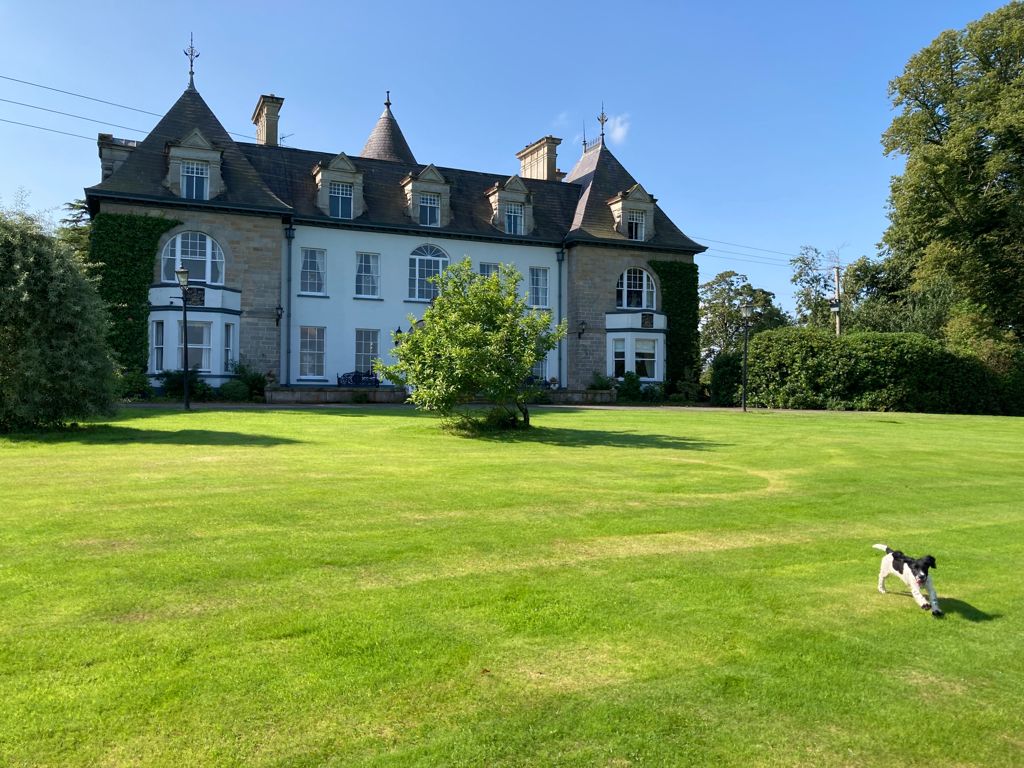 My home in N.Ireland. It’s called Pellipar House. I lived here until I went to University at the age of 18. I now live in Portugal and it is my twin brother who lives at Pellipar, with his family.

A trip to church at 10am, praying it would be over quickly so we could get home asap, then a flurry of activity in the kitchen – carving up the turkey, boiled gammon, serving up the carrots, brussels sprouts, stuffing, cranberry sauce, roasted potatoes, chipolata sausages, and of course the gravy. All hands to the deck so it could all be piping hot and we could quickly pull our Christmas crackers, read out the joke, don the paper crowns and begin to eat like Kings and Queens.

Moving on swiftly – the plum pudding was set alight, served with either brandy butter or custard.
After which mum would suggest tea and Christmas cake – which would be politely declined until 3pm, when we’d all huddle around the TV in the drawing room and listen to the Queen’s Christmas speech – the shorter the better.

The most extraordinary thing about Christmas in Ireland is that it is exactly the same every year – that’s what makes it!!