For 34 years, I have spent the weeks between May and October on the island of Skellig Michael, eight miles off the coast of County Kerry. I have served as a warden on this island since 1987. At Christmas each year, as I sit in my home in County Leitrim, I remember and think of the handful of monks who would have been living on that high pinnacle in the sea, 1300 years ago, rising to celebrate the Christmas festival in the early morning, and the turn of the year back towards light. 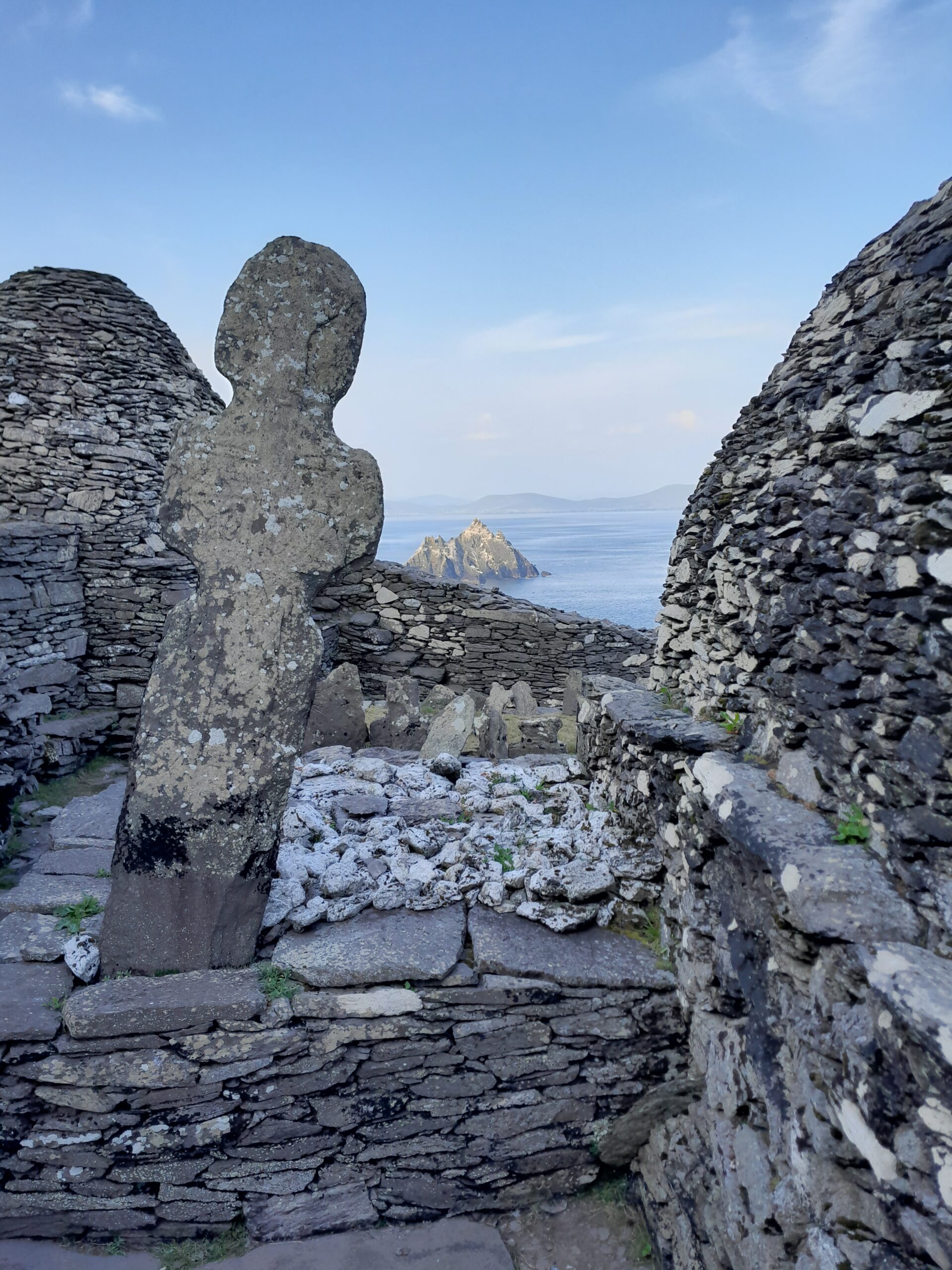 The little monastery where these men lived is nestled high over the ocean, upon man-made terraces which literally float in the air, extended away from the mountain over a cove far below. When I am there, I become acutely aware of the movement of light upon little stone pavements as the months of summer progress. Rays of sunlight fall through the windows of dark cells and stretch over stone platforms through the weeks when the sun is highest in the sky. The monks, too, would have watched and observed the movements of the light throughout the year, and would have known exactly where the sun would rise on Christmas morning; when bright light would begin to fill their cells, and the first turn towards summer would be made.

Today – just as long ago – these same cells are filled with living creatures during the nesting seasons. As well as puffins and other sea-birds, tiny storm petrels—thousands of them—live in gaps between stones in the walls of the cells. These birds only appear at night: then the air is filled with their butterfly-like movements as they hover overhead in the darkness. It is as if the sky were filled with countless tiny moons, swimming in circles just over my head, as I stand in the monastery in the gloaming; for petrels have bright white circles on their rumps which bring the night sky to life.

…Little living extensions of the island of Ireland, far away across vast open waters, brushing up against other shores…

But these little creatures, which inhabit extreme and remote corners of the Irish coastline, are very sturdy. By now, at Christmas, many have flown south, hovering in the troughs, and just above the crests, of huge Atlantic swells, and have crossed the equator, to spend winter in south Atlantic seas. I think of them as I sit by the fire in County Leitrim: little living extensions of the island of Ireland, far away across vast open waters, brushing up against other shores. 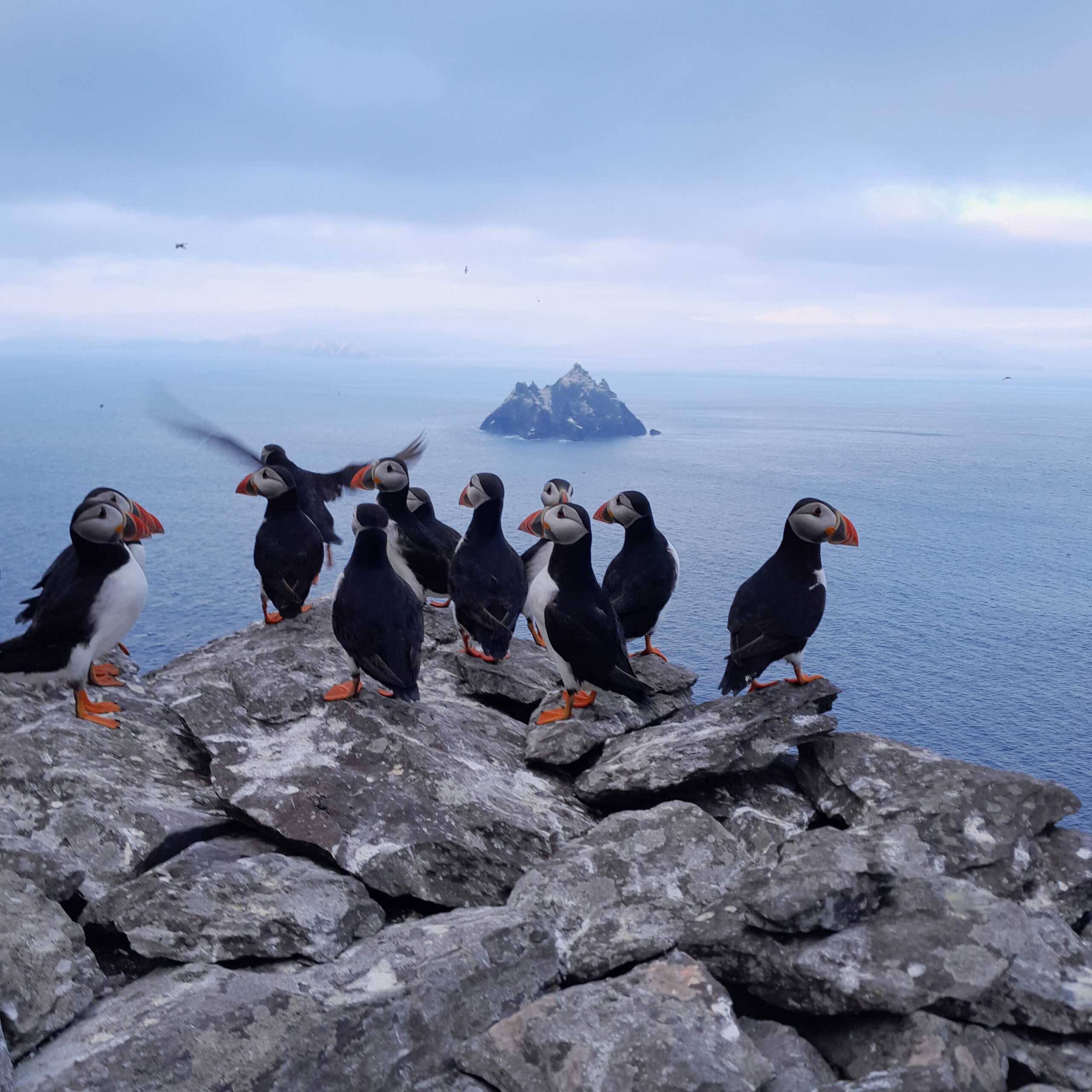 And I think of the monks raising their arms on Christmas morning long ago, hailing the unfolding of the light before them; on the floors of their cells, and in the skies seasonally empty of birdlife overhead. They would celebrate this return of light, knowing that—however far-flung these little friends from the island might be—the birds would return to their nests and burrows in late-spring, and the great turn of the seasons would recur once again. And they would know that they stood upon a perfect, though remote, observation post: a lookout over the great engine of the cosmos.

And I, too, have been honoured, over the past three and a half decades, to share something of their experience again—even within the context of our modern world, and our 21st-century views—to see the birds from this extreme corner of Ireland sent upon their way, out over the vastness of waters, in late summer, to know them to be spread far to the north and south of the Atlantic through the darkness of late winter; and to know, as well that, come April, the magnet in each tiny and far-flung form would be activated, bringing the birds home to Skellig Michael, to fill the skies over the island with their beautiful intricate flight patterns, throughout the summer yet-to-come. 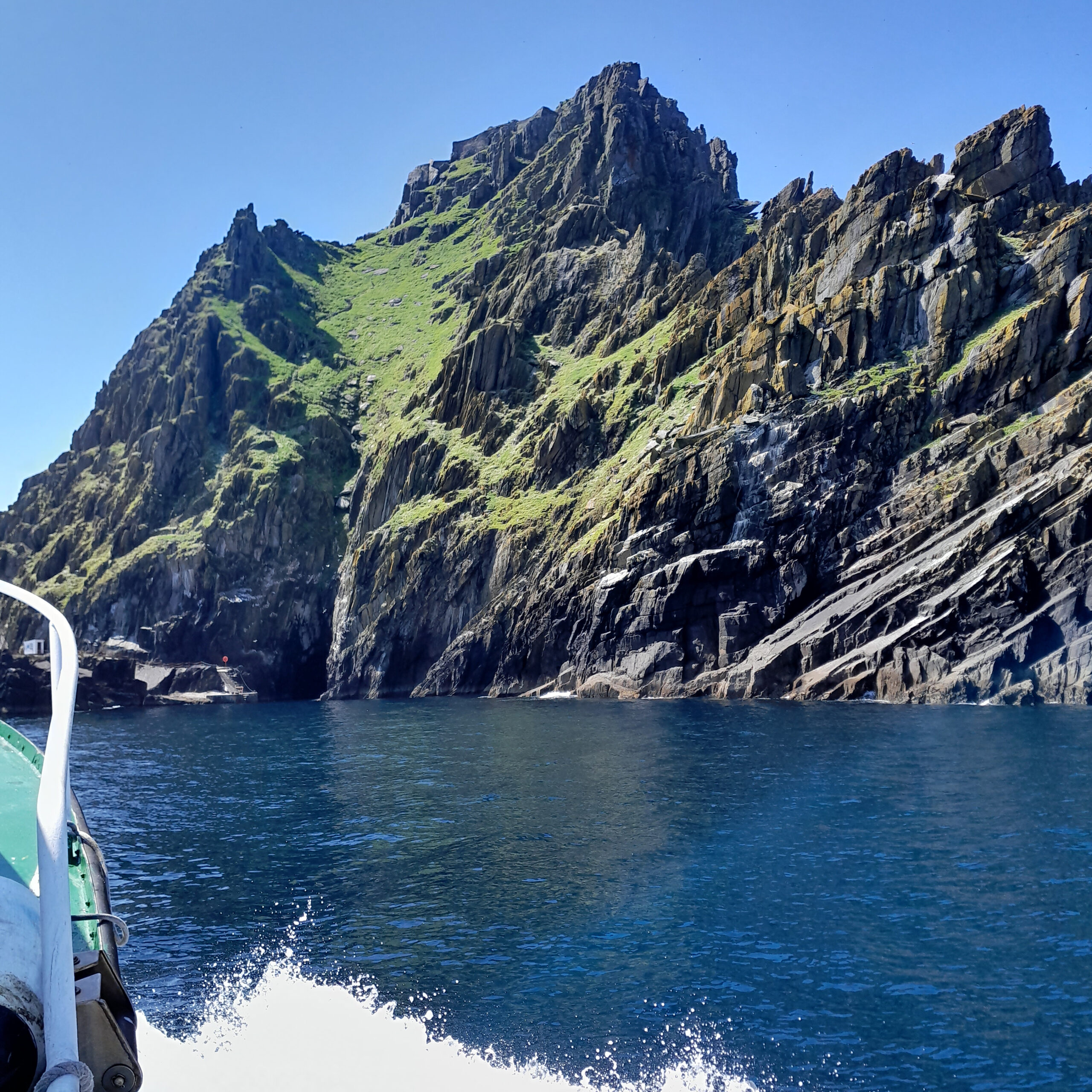 Robert Harris is the author of Returning Light, an extraordinary memoir about the profound effect a place can have on us, and how a remote location can bring with it a great sense of belonging. Robert was appointed to the warden service on Skellig Michael, County Kerry, in 1987, where he has been managing the guiding system and monitoring the island for over 30 years. He has lived most of his life near the sea and on islands, and he has a great interest in both monastic and natural history. He spends May to October on Skellig Michael when the island is accessible, and in winter months lives at his home in County Leitrim with his wife, Maigread.