Put The Kettle On

“Put The Kettle On” Irish women’s group was born at Tra’Li Irish Pub in Raleigh, North Carolina on September 19th, 2020. My name is Sandra Holland, I am originally from Kilkenny and I have always wanted to belong to an Irish community in the USA. When you live in the South, these communities are hard to come by, but I longed for that place or community for an expat as I missed the aul chat. 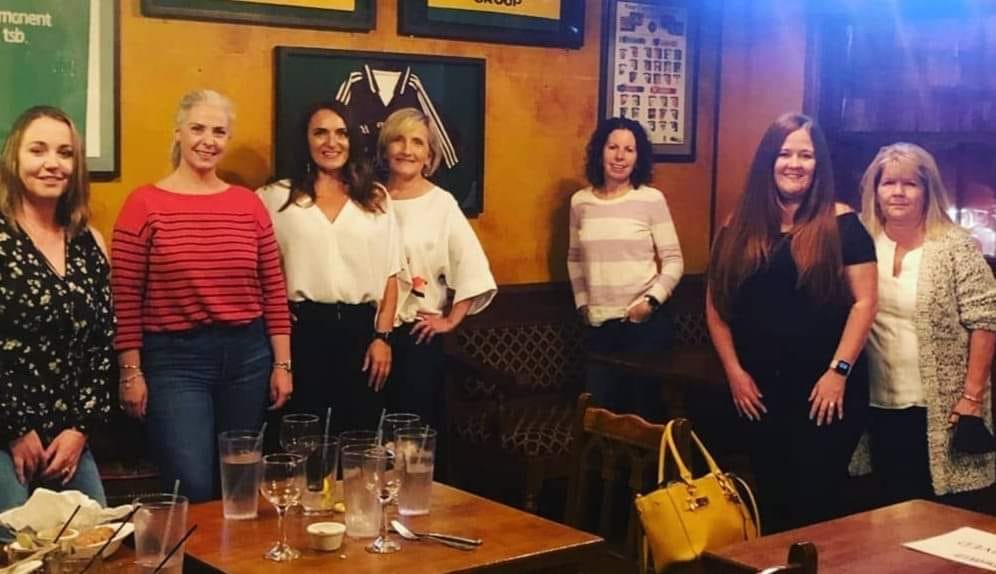 After it was discussed with an Irish friend while walking one day, I decided to started with a message to a few Irish women I knew here, asking if they would be interested in starting a meetup once a month. The response was so positive, all of them responded yes.

Then, I got in touch with Martin Mahon of Roscommon, the owner of Tra’Li Irish Pub to ask if this was a possibility given the current Covid situation at the time. He replied to me saying we would have our separate area and we would be fine. The date was set and we had 6 women show up masked and ready to yap away for a few hours. That we did! We knew we had started something very special, you could hear it in our voices.

We are all age ranges but it doesn’t matter, we all call “Ireland” home!

From that night, we opened up a private women’s group on Facebook and named it Put the Kettle On, a group for Irish women in the Triangle (the areas of Durham, Chapel Hill and Raleigh). We are very strict, you can be any age but you must be from anywhere in Ireland. 😀

Our next meeting we had 18 ladies show up and that was outside this time at the Art Museum in Raleigh. One of my dear friends, Elizabeth Guertin of Clare, brought an Irish flag and hung it off a tree so that anyone coming would know where we were. It didn’t matter that we were outside, we had such a great time, everyone brought a chair and a snack and we chatted the whole time. Remember, no one knew one another but yet we all had something in common: a longing for a group just like this. 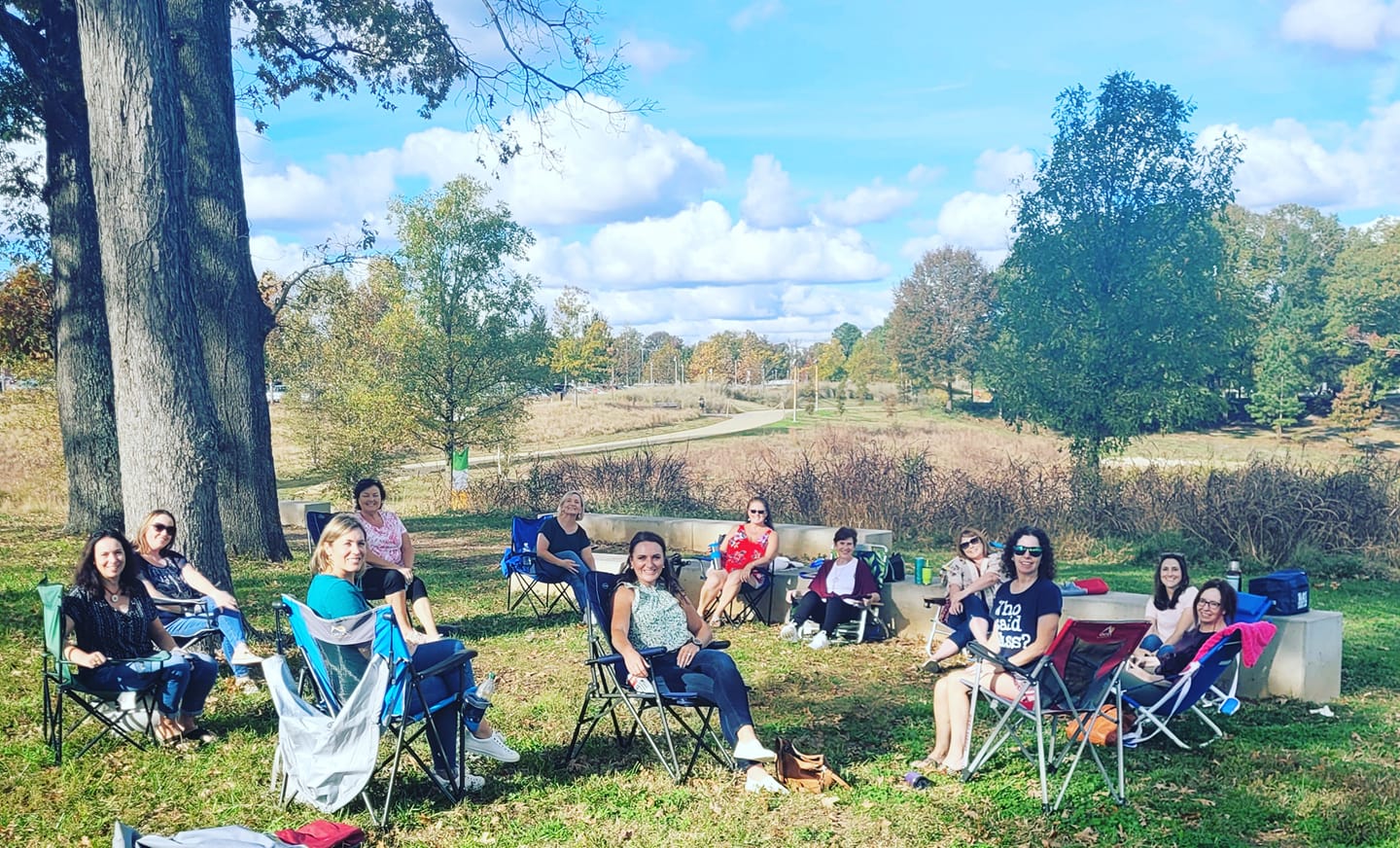 We discuss everything from where to buy Kerrygold, Barry’s tea, and Qualtiy Street on sale, to celebrating each others families milestones! We even started giving each other mugs at each gathering in a raffle; each mug has a familiar caption chosen by someone who just happened to be in Dunnes Stores recently. The mug I got said “`Cad e an sceal?”

In just over two years, we have been able to gather almost 70 Irish women into our group. The first thing anyone that joins says is “I had no idea there were this many Irish in the area, let alone this many Irish women”. We are all age ranges but it doesn’t matter, we all call Ireland home! We had another night out at Tra’Li during the summer and we ended up singing songs; we have had a Christmas gathering at Elizabeth’s house where we played a game of “white elephant gift exchange” in her driveway where sausages and rashers were the most popular gift to try and steal!

But most of all, the banter in our group is hilarious, we speak of all the things we had when we were growing up in Ireland to give advice for travel with the pandemic situation. I look forward to going there every evening to see what’s the latest. It was always intended that it be a place for us to “give out” if we wanted and could feel safe doing so because most likely regardless of where you are from in Ireland, we all would get it! 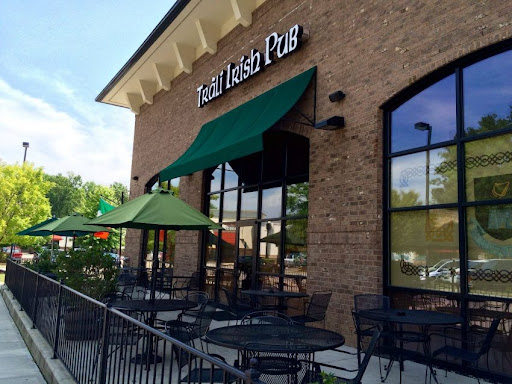 Because of the relationship we built with Tra’Li owner Martin, he and I have collaborated to organize a Stephens Day event for the Irish community. Our theme is that no one be left alone during Christmas and especially as this is year two of the pandemic. We now know there are a considerable amount of elderly Irish in our area and we plan to recognize and celebrate them and listen to their stories of the Ireland they once knew. We know its been said many times recently that younger Irish who emigrate to the USA are coming here in a very different world than anyone that emigrated in the 50s!

We are calling our event Celebrate the Wren and co-owner and chef Eamonn from Galway has a wonderful menu planned. This will be a day where we all will gather with our families and enjoy an Irish dinner, tell stories, have a sing song and maybe a dance or two. 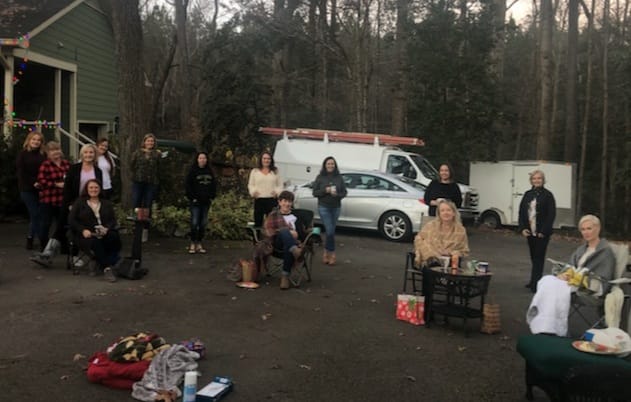