Galway City remains as fresh and new to me as when I first arrived almost a quarter of a century ago. The city and its surrounding environs still spark my curiosity and my sense of wonder. One morning the sunlight will glow on the flat water of Galway Bay, as the silhouette of a trawler floats on the glittering expanse; the very next day the same location is filled with churning sky-snatching waves with sea birds dipping and soaring through the spray.

The city streets, too, are filled with change: sometimes packed, sometimes sparse; buildings glinting with rain or glowing with sunshine. The numerous festivals all fill the city with their own banners and bunting and parades. Eyre Square has echoed with the songs, chants and joyful defiance of demonstrations in support of marriage equality, womens’ reproductive autonomy, against war and welcoming refugees. And of course everywhere, in the bricks and mortar, in the rocks and the woods and shorelines, there are other strange and magical stories waiting to be discovered. 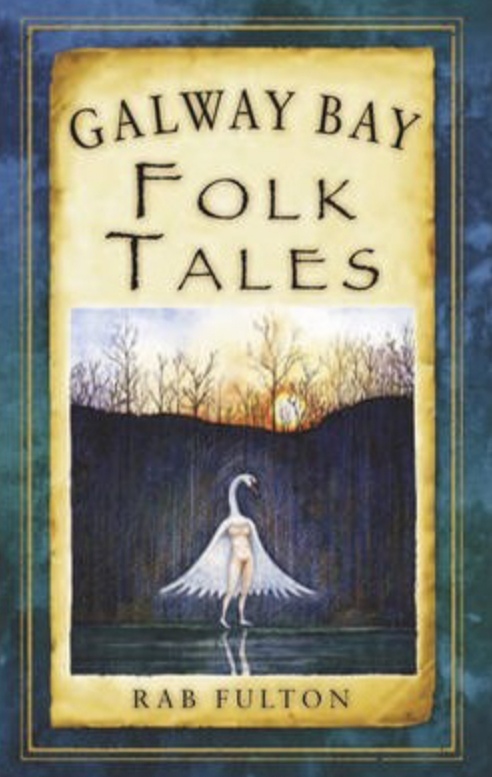 When I first arrived from Scotland, I retold the stories I had brought with me, but gradually over the years I began to learn other stories – the folklore, history and urban legends of this city. I wrote books about these stories, and eventually began teaching the craft of storytelling in Ollscoil na Gaillimhe – University of Galway. But my first and greatest pleasure was and is telling stories, the stories I brought from Scotland, the stories I learned in Ireland, and most of all the tales I encountered in Galway.

My main venue is the Crane Bar on Sea Rd. The Crane is a renowned Trad Music pub. As such it does not have a TV or jukebox or an evening menu – though patrons can bring in meals from the nearby fast food outlets. What the bar does have is welcoming staff, a buzzing atmosphere and, of course, some of the greatest live music to be heard in Ireland. There are the impromptu sessions in the downstairs bar; and there are the performances that take place upstairs every evening in a large room with a dedicated stage. That is where I perform my Celtic Tales storytelling show, sharing stories for ninety minutes before the music starts. 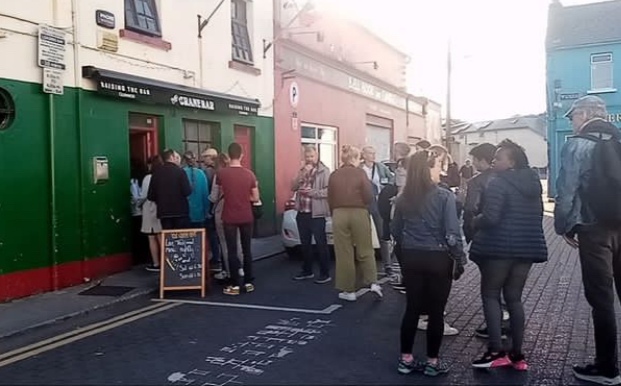 I tell a wide range of stories, some comedic, some scary, some romantic or sorrowful – many of the stories have a mixture of these elements. I retell Irish and Scottish folklore, myth, urban legends, historic tales, and stories passed down through my family. My audience is as diverse as the stories, with accents and languages stretching all the way from Connemara to Tokyo via Milan, Capetown, Boston, Dublin, Buenos Aires, Jakarta, and every possible point in between. This diversity of tongues, cultures and heritages is very much in keeping with the history of Galway City.

The city was founded as an Anglo Norman enclave in the west. Despite laws to the contrary, from its foundation the city was multicultural and multilingual. As it expanded into a great port city, numerous languages and traditions would have been encountered in its narrow streets, markets and taverns. Not that Galway lacks a more troublesome history – some of the city’s leading families, the Tribes as they are known, made great profit from the brutal enslavement of African women, men and children. But there are also tales of defiance – like the Claddagh women battling the constabulary. 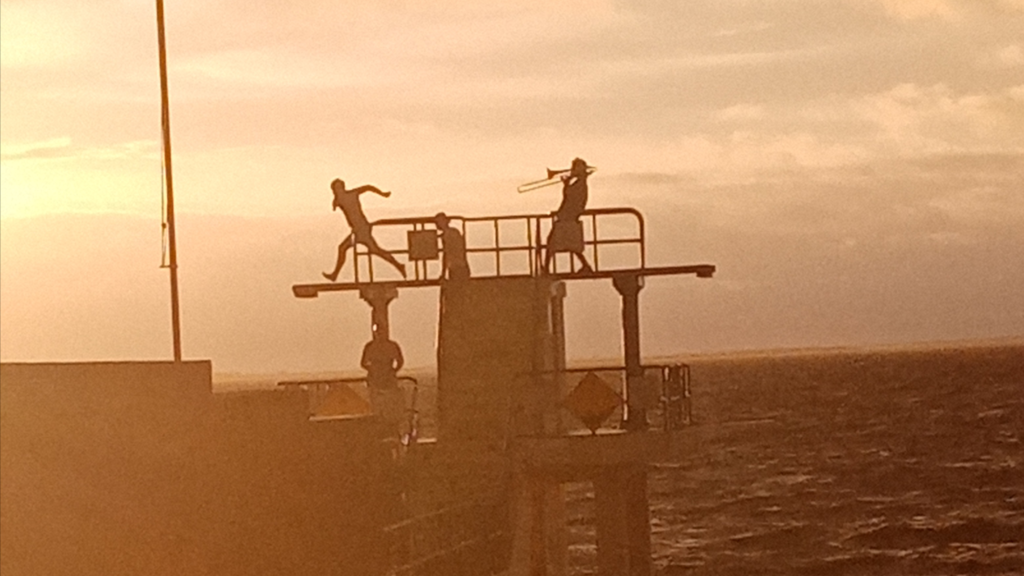 There is a quirky side to the city too. Only recently I managed to snap a picture of a man who stood on the Blackrock Diving Tower playing a trombone while young lads leapt into Galway Bay. This is perfectly normal behaviour in Galway.

All these myriad strands serve as warp and weft to the richly coloured tapestry that is Galway city and county. In the near quarter century of living here, I have slowly come to understand and appreciate how this cultural and historical richness shapes the local legends and folklore. And what incredible stories they are; swans who turn into women, a princess who turns into a fish, storms that swallow fishermen, a fairy king who literally lost his head, Mayors who hang their sons, murderers, mermaids, magicians, and dead bodies leaping out of the Corrib River.

In their turn, the local and international storylovers who make up my audience, add so much to the show. Some gasp during the scary bits, others really enjoy making the sound effects during tales where winds blows, dogs howl or doors creak open. No matter what journey the stories take us on, the evening always ends with laughter and applause. But the interaction does not end there. People buy my books or subscribe to the online video archive of my storytelling. This year my audience crowdfunded a project that was very dear to me. 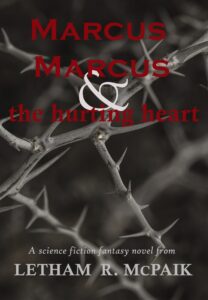 I’ve always wanted to bring out a sci-fi novel. My audience raised the money to let me do that. The book is called Marcus Marcus and the Hurting Heart. It is set in the very far future, but yes Irish and Scottish folklore helped shaped the mythology of this future world, while the streets of Galway and the Claddagh gave shape to one of the cities in the story. Like many sci-fi authors, I wrote the book under a psuedonym, Letham R. McPaik. Letham from the Scottish side of my family; McPaik from the Irish. And R, of course, is me in the middle, writing, researching, teaching, but above all telling stories to anyone who wants to come along and listen.