Although born in Friesland, I grew up in the village of Leek near Groningen. We spoke Friesian at home and I still do with my 6 siblings. I moved to Germany where I lived for almost 7 years and where I met my now husband Ken. Our long-distance relationship was racking up quite high phone bills, so we had to make the decision for either Ken to move to Germany or for me to move to England, where he was living. He unfortunately never achieved a good enough grasp of the German language apart from ordering from a menu, so I moved to England, where we lived for 4 ½ years.

While in England I did a course in computer programming and worked for Habitat near Oxford and then a blue chip company near where we lived, which I really enjoyed. The recession hit and due to one of us losing our job we had to make the decision to sell our beautiful Victorian terrace house. Luckily the sale went through a few weeks before the housing market collapsed, which gave us some savings to plan what to do next. Ken mentioned that he had bought a little cottage on an acre a few years prior to meeting me (he kept that very quiet!). It is outside the village of Templederry, Co. Tipperary, halfway up a hill with the most stunning views overlooking the valley. He mentioned that it needed quite a bit of work. Since we had watched quite a few episodes of “The Good Life” on BBC, we decided this was the life we wished for. We sold my beautiful red and white 2CV “Dolly” and bought an old Land Rover, put our furniture in storage and together with some necessary belongings, Henry our rabbit, and some of my beloved plants we made our way across the sea. On arrival in Ireland customs took away my plants to be torched, but thankfully didn’t discover Henry. 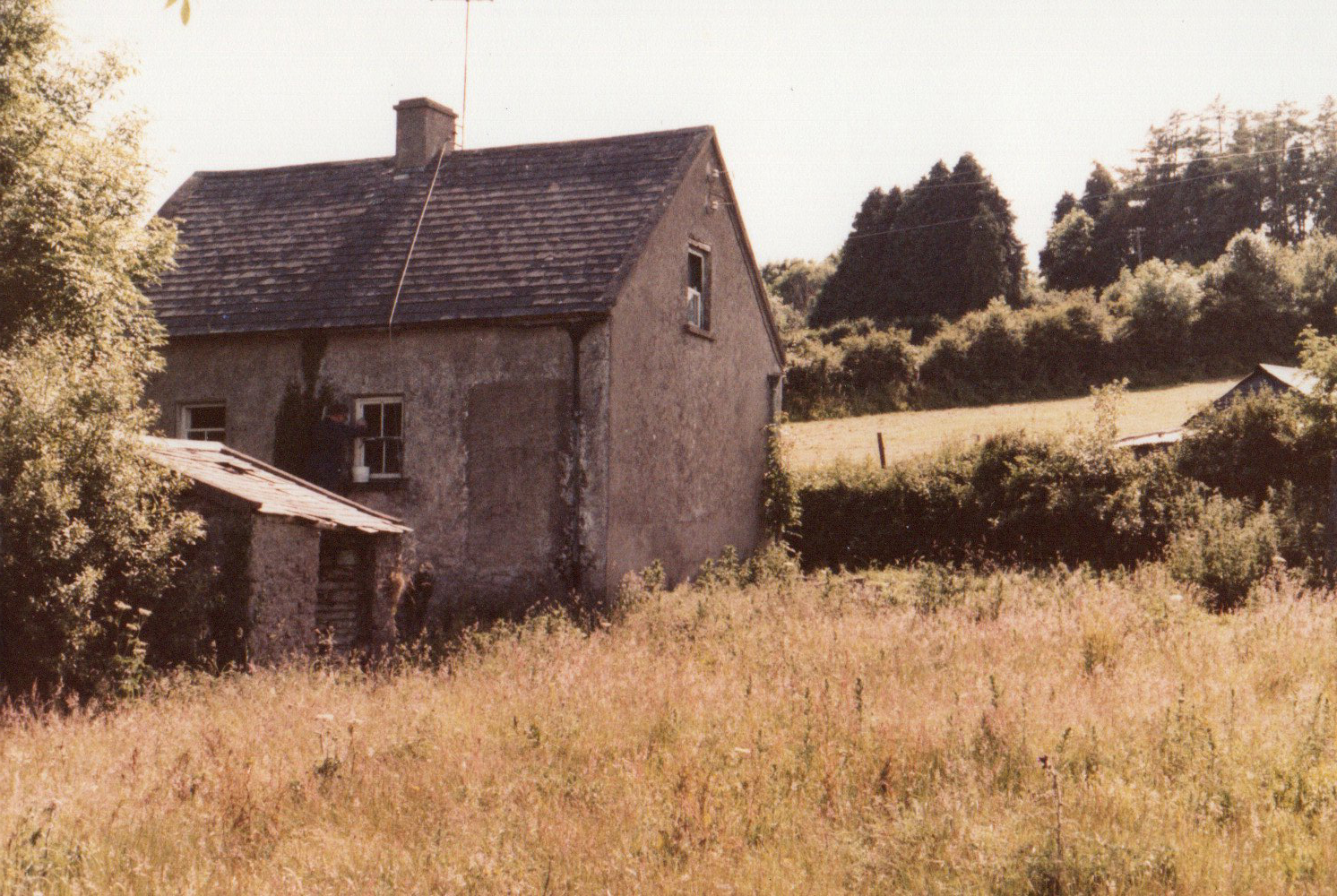 We had decided that we would take off 6 months or a year to renovate the cottage and grow our own vegetables. The cottage, now named Lilac Cottage, was uninhabitable at this point. We stayed in a Rent a Cottage outside Nenagh for 2 weeks, but as it was January; we were so cold after a day’s hard work despite making a big fire, we realised that these cottages are really only meant for summer rental. We agreed it was best to move to our cottage earlier than planned, even though we would be cold there too. Soon we had our stove installed and we were able to dry out the house, the bats in the chimney thankfully decided to leave, and we had many admiral butterflies come out behind the stairs thinking it was Spring due to the warmth in the house. 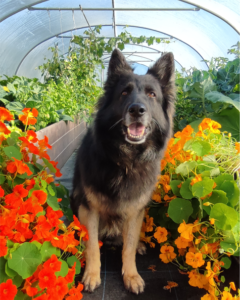 Spring came and I started to create a small garden to grow vegetables and planted soft fruit bushes. Unfortunately, incessant rain and rabbits soon put an end to it. We were offered a little kid goat from a farmer up the hill which we named Nancy, and at this point had picked up a stray dog on Portumna bridge which we named Famke, and Ken picked up a small kitten on the side of the road which we called Kitty. Poor Famke was found in a bad state and we brought her to the Dublin Vet College to have one of her front legs amputated. Later on we added Banjo, a plump little Jack Russel from the dog pound in Nenagh. Quite a menagerie!

I went back to work 6 months after arriving in Ireland and Ken took another 6 months to finish work on the cottage. After a few years the company I worked for offered voluntary redundancies and I took up the offer. Our daugher, Hannah Fleur, was born a year later. I stayed at home until she was 4 and then took another job in Limerick as a software engineer. A few years of working outside of the home and another offer of voluntary redundancy allowed me to start my own business creating websites for small businesses. We met our daughter Mihiret in Ethiopia in 2009 after having gone through 6 ½ years of being assessed by what was then the Adoption Board and waiting for a referral. Our family was complete.

I started my Fleur & Mimi Instagram account to document our life and I put up some of my illustrations. I was asked to do some prints for people and really enjoyed this new venture. Fast forward and due to Covid and the resulting lockdown my business really started to take off. You can probably guess that Fleur & Mimi is named after our daughters!

I changed my smaller polytunnel for a big 40 foot tunnel 8 years ago, where I potter and grow fruit and veg. I took great pride in having a bumper crop of grapes this year, we couldn’t eat them fast enough. I am often joined by my two dogs. We recently had solar panels installed, hopefully making lots of energy when the sun shines! It is really important to me to be as sustainable as I can be both at home and in my business by having my art prints and greeting cards printed on FSC certified paper. I spent a lot of time sourcing supplies and packaging in Ireland that can be recycled or composted.

I can truly say that Ireland not only has given us two daughters, but also the Good Life.