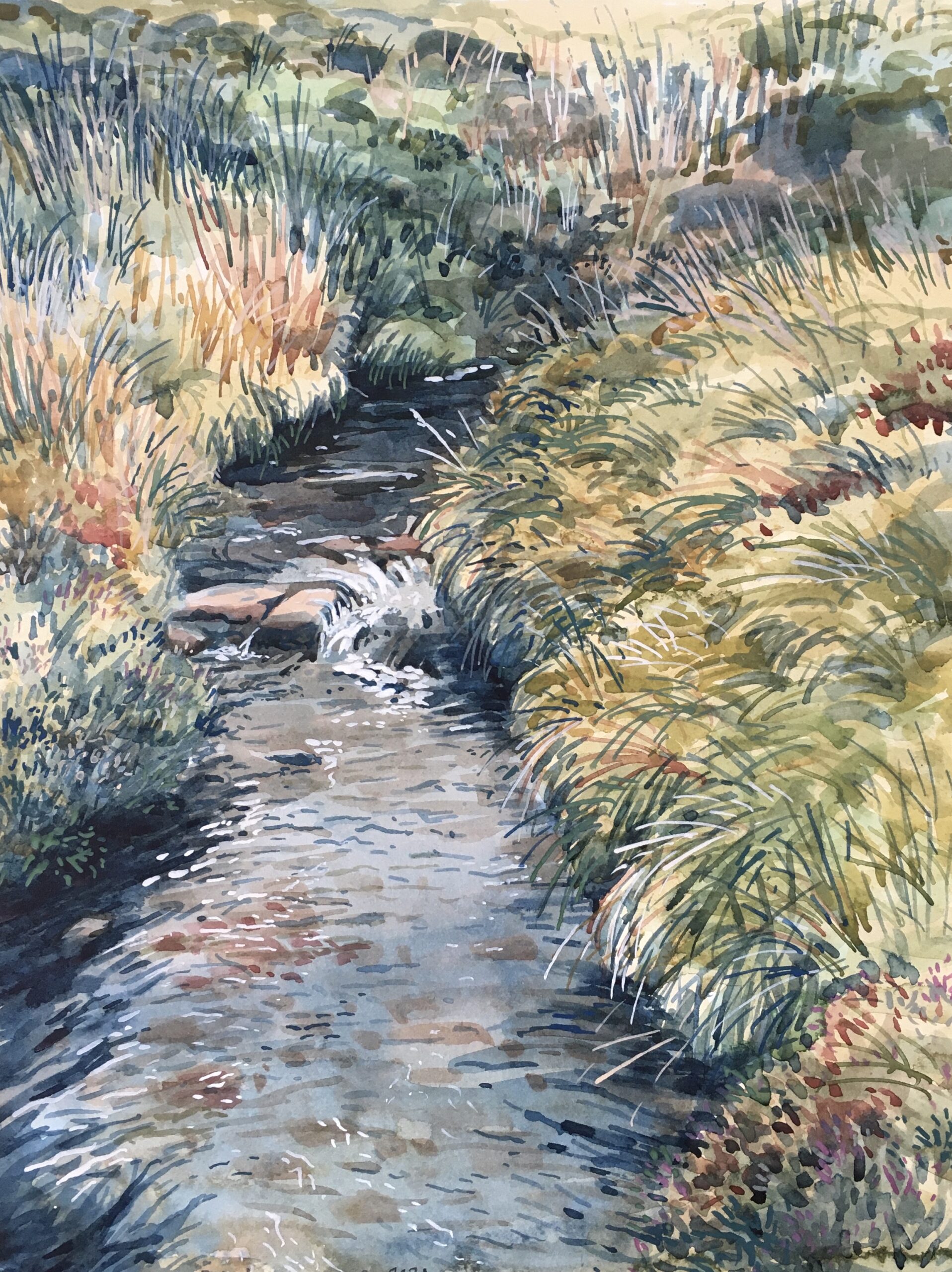 My father was from Donegal and my mother’s side were from Scotland being originally from Ireland. My parents spent their working lives in Scotland and the North of England before both retiring back to his home place of Gort a Choirce, Donegal. I was born in Newcastle upon Tyne, England but as a family we kept close ties to Ireland, we spent every summer in Donegal growing up.

I studied Illustration at Bristol Polytechnic and having worked for 10 years as a freelance illustrator in London I moved to Dublin 24 years ago. My own artwork would be greatly influenced by north west Donegal as is notable from a lot of my subject matter.

My art is figurative, graphic and based on drawing. Scraperboard is a Sgraffito medium – the process I practice is the reverse from usual mark making. I begin with a black board and gradually remove parts of it’s thin dark surface to reveal the white china clay beneath. 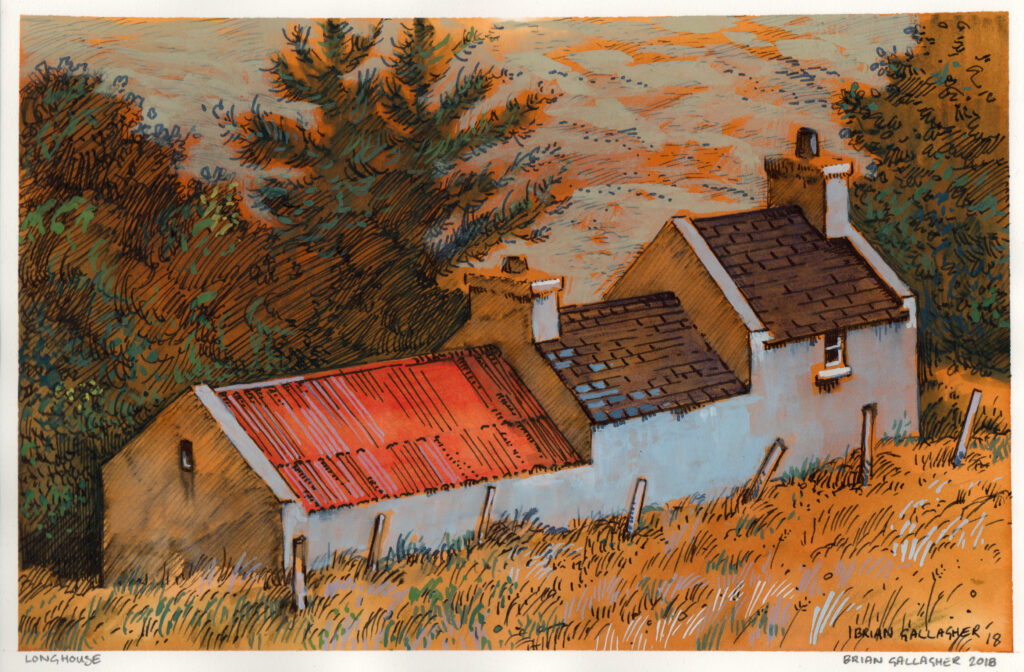 You can see more of Brian’s work and purchase originals at https://bdgart.com